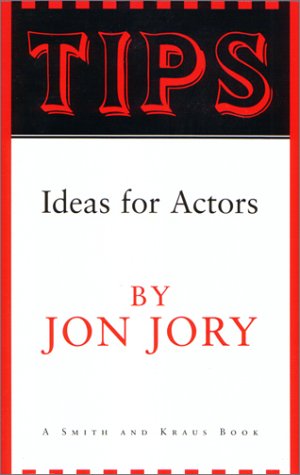 Jon Jory served as the producing director at Actors Theatre of Louisville for thirty-one years, during which time he directed over 140 plays and produced over 1300. Mr. Jory is recognized as a chief innovator and initiator for the American theater during a crucial era of its growth. Throughout his career, Mr. Jory has devoted his energy to the rebirth of the regional repertory and to excellence in all facets of production, but especially to the encouragement of new writers and the production of new American plays. Mr. Jory is himself a published playwright. He now teaches theater at the University of Seattle. Mr. Jory has been responsible for developing the internationally lauded Humana Festival of New American Plays, the SHORTS Festival and the Classics in Context Festival. Through his work at Actors Theatre, he has brought new plays to festivals all over the world. Plays from Actors Theatre directed by Mr. Jory have been seen On- and Off-Broadway, on national television, and in 15 regional theaters in the United States. Mr. Jory has directed and taught in Greece, Canada, Bulgaria, Australia, Hungary, Israel, Ireland, Yugoslavia, Poland, Egypt, and Syria. As a result of these efforts, he and Actors Theatre have received the Margo Jones Award twice for the production of new plays, the Shubert Foundation's James N. Vaughan Memorial Award for Exceptional Achievement and Contribution to the Development of the Professional Theatre, Carnegie Mellon's Commitment to Playwriting Award, and a Special Tony Award for Achievement in Regional Theater. Mr. Jory was an honored recipient of the American Theatre Association's Award for distinguished Service to Theatre, the National Theatre Conference Award, The Southeastern Theatre Conference Distinguished Career Award, and the Milner Person of the Year Award.

Jory, whose 31-year tenure as artistic director of the venerable Actors Theatre of Louisville ends this fall when he joins the drama faculty of the University of Washington, has assembled a pastiche of pointers that is a Helpful Hints from Heloise for actors. And when the producer of some 1300 professional works and a leading member of the brain trust behind The Humana Festival, the most significant incubator of new plays in the country, wants to dish on acting, actors listen. Arranged under a dozen major headings that include obligatory sections such as textual study, role building, technique, and strategy, each of the 205 tips is a succinct, one-page chestnut that will benefit actors of all levels. Jory!s advice is both practical and theoretical, pedestrian and elevated. One particularly revelatory tip, Transitions, divulges what Jory the director most closely watches for in auditions. This is the kind of soup-to-nuts guide actors are starving for, and as a result there may be fewer starving actors. Another dead-on entry in Smith and Kraus!s Career Development Series, this should be acquired by all collections supporting the needs of actors."Barry X. Miller, Austin P.L., TX
Copyright 2000 Reed Business Information, Inc.