Items related to Mysterious Creatures: A Guide to Cryptozoology

Mysterious Creatures: A Guide to Cryptozoology 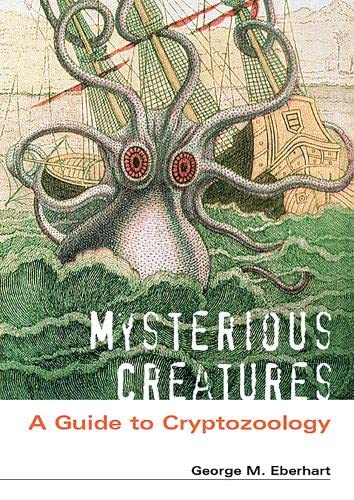 In this fascinating two-volume encyclopedia, author George M. Eberhart provides a comprehensive catalog of nearly 1,000 cryptids?unknown animals usually reported through eyewitness accounts and not yet described by science. Cryptids are the stuff of folklore, hoaxes, and genuine scientific breakthroughs. There are 400 now-classified cryptids once considered either extinct or pure fantasy. The cryptozoologist's job is to strip away the myth, misidentification, and mystery?and separate fact from fiction.Mysterious Creatures covers everything from dinosaurs and the emala-ntouka, an elephant-killing dinosaur-like animal of central Africa, to searches for the Loch Ness monster, Bigfoot, and other cryptozoological hoaxes. Entries about specific animals include the derivation or meaning of each cryptid's name, its scientific name, variant names, a physical description, behavior, description of tracks, habitat, significant sightings, present status, and possible explana

From Bigfoot and the badigui to the Central Asian wildman, Mysterious CreatureS presents an extensive overview of every reported cryptid from around the world. Each entry traces the fascinating history of sightings and known habitats and includes details such as the significant encounters, present status, and possible identifications of these creatures.

George M. Eberhart is senior editor of American Libraries and specializes in UFO and psychic phenomena.

2. Mysterious Creatures: A Guide to Cryptozoology

3. Mysterious Creatures: A Guide to Cryptozoology