Items related to The Prayer of Jabez for Teens: Bible Study (Breakthrough...

The Prayer of Jabez for Teens: Bible Study (Breakthrough Series) 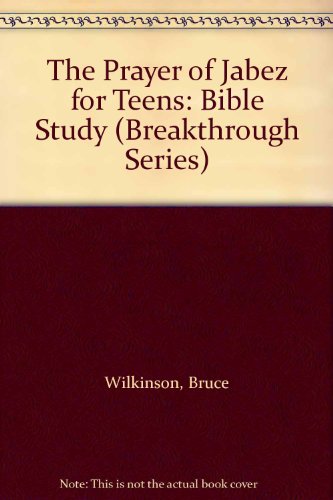 Dr. Bruce Wilkinson is a world-renowned Bible teacher and the author of the New York Times #1 bestseller The Prayer of Jabez, Secrets of the Vine, A Life God Rewards, Experiencing Spiritual Breakthroughs, and numerous other books. He is the founder of Walk Thru the Bible Ministries and Global Vision Resources. Bruce and his wife, Darlene, have three children and four grandsons. They reside in Georgia.