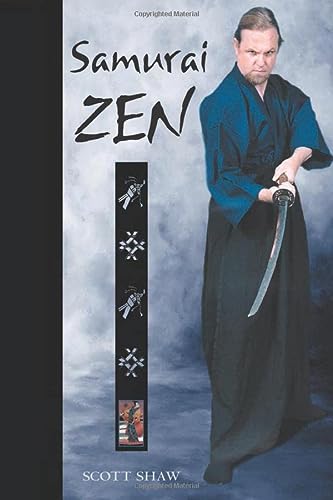 In this book, Shaw draws upon his knowledge of Asian culture and years of study in the martial arts to show us how we, too, can achieve higher understanding through the tenets of Zen Buddhism. Iado the meditative way of the sword becomes a path to enlightenment. The first step is to learn to control the physical body/ once physical senses are honed, the thinking mind can be silenced and can join with the body to become a unified force.

The medieval Samurai of Japan have long been depicted as the consummate warriors of Asia. While the physical training the Samurai underwent was intense and exacting, much of their skill was based on their mental refinement as well as their physical prowess. At the forefront of integrating spiritual understanding into the martial arts, Scott Shaw draws upon his years of study of Buddhist culture to show you how to acquire higher awareness through the art of Zen and Iaido, or the meditative art of the sword. Scott Shaw begins by teaching you how to control and refine your physical senses, while quieting your mind and your emotions as well as your reactions to other people's energies. Next, with clear instruction and photographs, he guides you through both standing and seated forms of Iaido. He also includes powerful breathing exercises for centering yourself and directing energy. This book has special interest for students of Iaido, but it also contains a wealth of information and practical exercises for anyone who is sincerely interested in Zen Buddhism and the martial arts as a path to freedom or Satori.

Scott Shaw is an accomplished martial artist and practicing Buddhist. He is the author of several books, including Zen O'Clock, Samurai Zen, Ki Process and Tao of Self Defense.