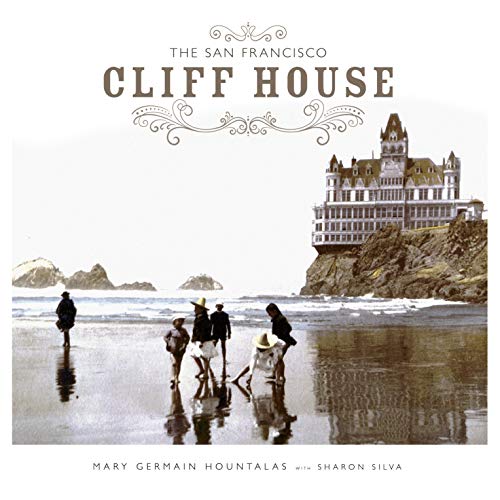 The story of San Francisco’s Cliff House begins in 1863 with a modest white clapboard building perched on a rocky promontory overlooking the Pacific. Little more than three decades later, following a devastating fire, visionary millionaire Adolph Sutro oversaw construction of an imposing Victorian edifice on the same site. His 1896 “gingerbread palace” drew everyone to its doorstep, from working-class families to the city’s social elite to three U.S. presidents. That grand structure withstood the great earthquake of 1906, but burned to the ground a year later. Sutro’s oldest daughter, Emma Sutro Merritt, immediately set to work on a new Cliff House, which opened in 1909.

In the century since then, the Cliff House has survived a handful of destructive storms, two major earthquakes, three nearby fires, two closures, several facelifts, the swinging sixties, the not-so-swinging seventies, and the often grindingly slow decisions of government. Despite these and other challenges, today’s Cliff House, now part of the Golden Gate National Recreation Area, is enjoying a renaissance following a two-year, multimillion-dollar restoration. This lavishly illustrated volume chronicles the fortunes of the legendary landmark and the people associated with it–a colorful story that parallels both the history and the irrepressible spirit of the city of San Francisco.

* The shifting fortunes of San Francisco's legendary Cliff House, from gritty seaside roadhouse to Victorian pleasure palace to world-class urban destination, are celebrated in this one-of-a-kind illustrated history.
* The Cliff House attracts more than 250,000 visitors each year.
* Features signature recipes from past and present.
* Publication to coincide with the 2009 centenary celebration of the current building and its recent $20 million renovation.

MARY GERMAIN HOUNTALAS has been operating the Cliff House in partnership with her husband, Dan Hountalas, since 1973. Over the years, she has become a serious historian of the building and its environs and a dedicated collector of countless artifacts associated with it, including vintage photographs, postcards, menus, and other memorabilia from every era. She resides in Sausalito, California.

SHARON SILVA is a freelance editor and writer living in San Francisco, California.