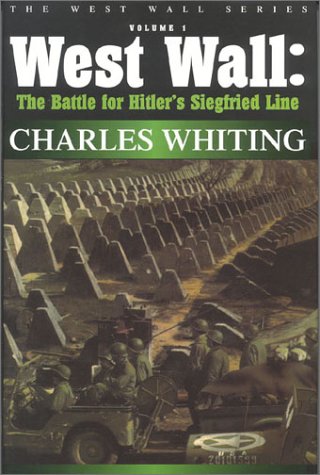 Over 60 years after Adolf Hitler ordered its construction, the West Wall fortification system (or "Siegfried Line" as it was known in Britain) still survives. Overcoming the West Wall and the numerous river and forest obstacles integral to it was the culminating campaign of World War II in Europe. Six months of fighting along a 350-mile front left 250,000 American, British, Canadian and French casualties.Best-selling World War II historian Charles Whiting served in an armored reconnaissance regiment that was attached to both British and American units during the campaign. His comprehensive coverage of the West Wall battles will be the first to recognize them as part of a single grand campaign.Charles Whiting's vivid account brings to life not only the massive armies of the campaign but the famous personalities like George Patton, Bernard Montgomery, Omar Bradley and Walther Model who took part in the struggle for the West Wall. Whiting is an authority on Ernest Hemingway's wartime career and many will be surprised at how large a role the famous author, theoretically just a war correspondent, played in the campaign. West Wall's detailed text is backed up by 32 photos, 5 maps, a bibliography, and an appendix with little-known information about the final fate of the battle's leading participants.