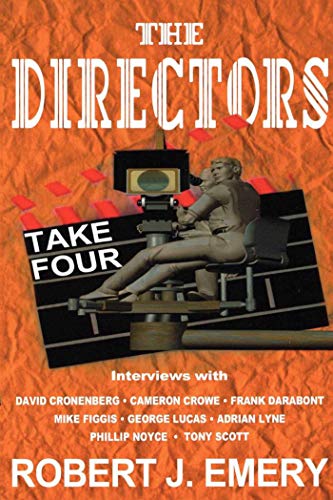 In this fourth installment of The Directors, the companion to the Silver Plaque-winning Starz/Encore documentary series, eight of today's most acclaimed filmmakers reveal intimate details about their most influential work and their unique approaches to their art. From Jerry Maguire and Jacob's Ladder to Flashdance and Fatal Attraction, this volume offers a rare glimpse behind the sets and behind the hype of some of Hollywood's most memorable films.

In their own words, the directors discuss what it took to get their movies from the script to the big screen. learn how Cameron Crowe went undercover as a high school student to research the novel that would become Fast Times at Ridgemont High and how George Lucas landed the licensing rights for his Star Wars empire. Interviews also cover how famous scenes were stated and shot, how characters were cast, how the directors first reacted to the scripts that became films classics, and much, much more.

Robert J. Emery is the president and CEO of Media Entertainment, Inc. A writer, producer, and director for more than 35 years, his work includes the Silver Plaque-winning Starz/Encore documentary series The Directors. He lives in Tampa, Florida.