Items related to The Seychelles Affair 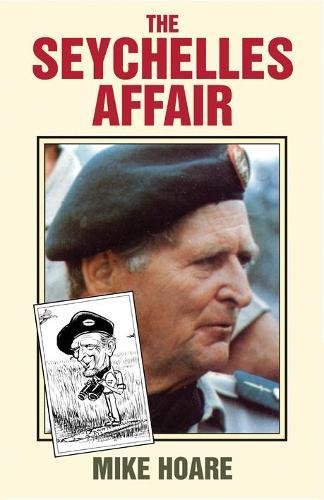 The "Seychelles Affair" is one of the most infamous episodes in the tangled history of mercenary warfare in Africa. The story of the ill-fated coup begins in 1978 when representatives of the exiled Seychelles president approached legendary mercenary commander Mike Hoare - who had successfully led the uprisings in the Congo in the early 1960s - to overthrow the Marxist regime then in power.

Hoare's story of the attempted coup reads like a thriller, detailing all the drama of the backroom scheming, the tense action at the airport on Mahé, the forced landing of the Air India Boeing and the ensuing escape of Hoare's band of mercenaries. Equally fascinating is the author's description of his dealings with South African intelligence agencies, the subsequent prosecution by those who had helped them prepare for the coup, his attempts to organize a proper defense and obtain a fair trial for himself and his 30 men, and what it was like to spend 33 months in a South African prison.

In the exclusive new foreword to this Paladin reprint, Colonel Hoare sheds new light on the events leading up to the failed coup, discusses the lingering ramifications of the failure on the nation of Seychelles and relates how his conviction affected his life after he got out of prison.

Don't miss this opportunity to read Hoare's wonderfully wry and insightful account of how one little mistake can unravel even the best-laid plans.

Mike Hoare is one of the 20th century's most famous adventurers, and clearly one of its most talented scribes. Hoare was born in India to Irish parents and educated in England. He emigrated to Africa in 1948 and fell in love with the land and its people. Though he is best known as a mercenary leader in the Congo and the Seychelles, his two new books describe his nonmilitary adventures on land and sea: Mike Hoare's Adventures in Africa and Three Years with Sylvia .