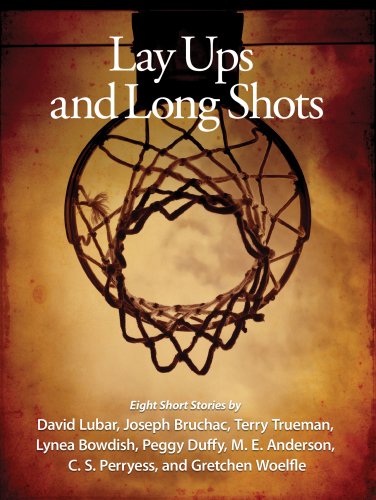 A collection of nine short stories about middle-schoolers and sports. They range from a game of "H-O-R-S-E" to running, ping pong, dirt biking, surfing, place kicking, soccer, and basketball.

Grade 5–8—Nine authors for children and young adults team up for this compilation of short stories whose focus is the spirit of the game. As with Sports Shorts (Darby Creek, 2005), which included contributions from several of the same authors, these accessible and engaging selections cover a wide range of sports, from basketball to surfing to BMX riding. The protagonists are not star players. Instead, they are the second- or third-stringers who love their particular sport so much that they are willing to be less than perfect. Readers will feel Joseph Bruchac's angst when the coach tells him that he's not cut out to play on his high school basketball team, as well as his sense of triumph when he sinks several shots in a row at home, taking the small victory as a sign that his grandfather will not succumb to poor health. David Lubar introduces Tyler, whose pursuit of the Ping-Pong championship trophy becomes so all-consuming that he learns an important lesson about the price of self-reliance. Whether the stories are based on the authors' own childhoods or not, these protagonists are engaging, and middle schoolers will find much to relate to in the reassuring reminders that perfection is highly overrated. A great way to introduce reluctant readers to some talented voices.—Kim Dare, Fairfax County Public Schools, VA
Copyright © Reed Business Information, a division of Reed Elsevier Inc. All rights reserved.

Written by many of the same authors but aimed at a younger audience than the entries in Sports Shorts (2005), these nine new short stories feature tweens or teens who, despite lack of skill or other obstacles, engage in athletic pursuits. Some, such as Joseph Bruchac’s account of failed early basketball dreams and champion canoer Jamie McEwan’s tale of a kayaker who almost loses his shorts in a spill, have autobiographical elements. Terry Trueman tracks an exciting game of “H-O-R-S-E” in a mix of prose and free verse; Jeff’s disability becomes an asset on the football field in Max Elliot Anderson’s “Big Foot”; and in Lynea Bowdish’s “Fat Girls Don’t Run,” overweight Carla turns out to be faster in a race than anyone—including she herself—expects. Consistently readable and engaging, the collection should have as much appeal for geeks as it does for jocks. Grades 4-6. --John Peters