Items related to Snips and Snails: And Puppy Dog Tails 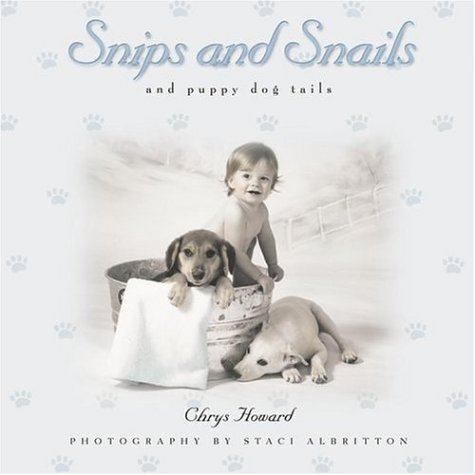 Holding a degree in elementary education, Chrys volunteered her time for over ten years teaching children with learning differences as well as directing a youth camp for nearly 20 years. She is a senior editor and the creative director for Howard Books, a division of Simon & Schuster, where she is responsible for the design of book covers and production of gift books. She is also an avid photographer whose photographs have appeared in over 20 books. She had edited and co-written over 50 books and is the author of nine books with over 1,000,000 copies in print in five languages. She received a Silver Angel Award from the Hollywood based Excellence in Media organization for her works of outstanding moral, ethical and social impact on America. She is the recipient of the J. C. Penney Golden Rule Award for Volunteer Services and has been named among the Who's Who of American Teachers. Chrys speaks to women's groups, works with the young singles at her local church, and is an avid tennis player. She has played in regional and national tournaments and is a four time state champion. Chrys Howard lives in West Monroe, Louisiana, with her husband, John. They have three grown children and ten grandchildren who all live within five minutes of them, just where she likes them to be. Chrys feels like her top priority is leaving a legacy of love to her children and grandchildren.