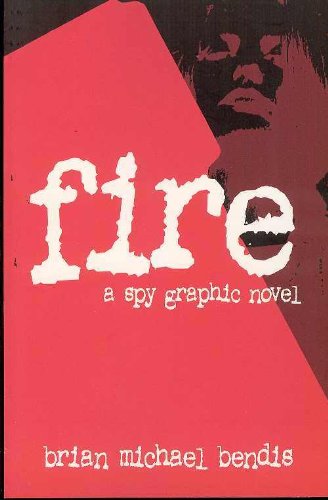 (W/A) Brian Michael Bendis
YOUR GOVERNMENT DOES NOT WANT YOU TO READ THIS BOOK! Loosely based on events in the American intelligence community during the Reagan administration, FIRE tells the unique and powerful story of a young man's virgin journey through the complex world of international intelligence. This is a complete globe spanning thriller for fans of "Bond," pulp spy novels, and true world crime stories. This definitive presentation of Eisner Award-winner Brian Michael Bendis' first cinematic noir comic features re-mastered art, lettering, and a newly revised script. The design and format will match the Bendis line of definitive collections (Powers, Jinx, Torso, Goldfish) From the writer of Powers, Ultimate Spider-Man, and Daredevil.
SC, 7x10, 112pg, b&w

Brian Michael Bendis is the EISNER award-winning creator (The Comic Industry's Oscar) of several crime graphic novels published by Image Comics. His other Image works include TORSO, GOLDFISH, JINX, and FIRE. Fortune And Glory, his Hollywood tell all from Oni Press, was given an "A" by Entertainment Weekly. He is also the recipient of the Cleveland Press Excellence in Journalism Award.