Items related to Ministry of Space 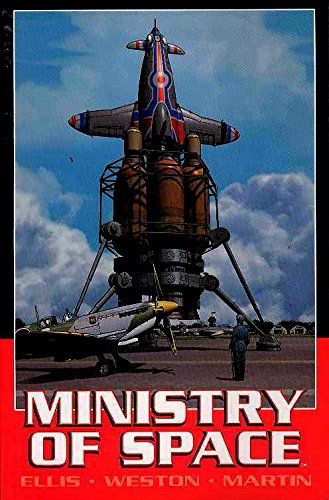 Warren Ellis's prolific writing can be seen on such varied and acclaimed titles as X-Men, The Authority, Transmetropolitan, Lazarus Churchyard and the award-winning Planetary. Chris Weston has worked regularly for 2000 AD on such stories as Judge Dredd and Indigo Prime. His other work includes The Invisibles, The Authority, The Filth, Transmetropolitan and an acclaimed run on Swamp Thing.

Comics International Issue 173: " The art's lovely and the script's gripping until the end...Ellis' conclusions may leave a bitter taste in your mouth, but Weston's lovingly crafted conclusions make you realise this was worth the wait." www thefourthrail.com February 2005: "...a series that has finally lived up to its potential 8/10."