Items related to The Justice Story 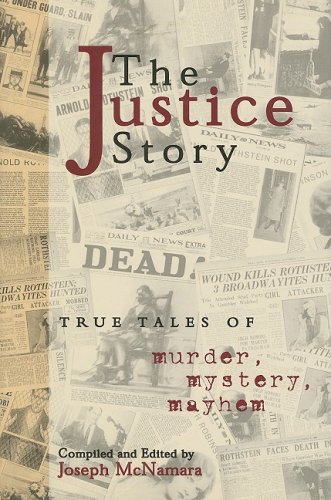 Since 1923, under the title "What Has Happened to Justice," New York's famed "Daily News" has chronicled many of the world's most intriguing crimes in its weekly feature, "The Justice Story." This book draws from over 75 years of those features. Included in the book are some of the world's most famous crimes: the Jack the Ripper slayings; the kidnapping of the Lindbergh baby; the Son of Samkidnaping, the Lizzie Borden case; the gangster crimes of John Dillinger, Machine Gun Kelly, Baby Face Nelson, and Bonnie and Clyde; and the the mob slayings of New York's Murder Inc. The book is compiled and edited by Joseph McNamara, who has been the series since 1983.