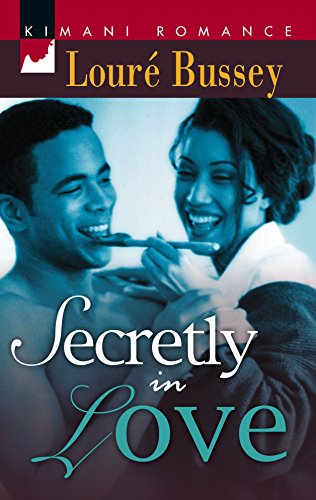 Happily ever after never felt so good, and after kissing her share of frogs, Serita Jones believes that happiness is finally within her grasp. A whirlwind romance, a fairy-tale wedding to the man of her dreams and a honeymoon in paradise. Her life couldn't be more idyllic .
Until someone tries to kill her!
Now on the run in rural Virginia, Serita suspects everyone—including her husband. And when Serita seeks refuge in a cabin in the woods, she comes face-to-face with Hunter Larimore, a rugged lawman who is shocked to find a beautiful stranger in his home.
A confirmed bachelor, Hunter has no idea of the peril that awaits them—or the passion that will change his life forever.

Loure' Bussey is the bestselling author of twelve novels. She is also a business owner and singer/songwriter. Her debut CD "Dreams Do Come True" is scheduled to be released in 2006.

Madera Bay looked lush, green and sea beautiful as Serita Jones gave a tour of her South Carolina home to the man she had met and married within three months. Aside from the stares from town's people who had nothing better to do than to gossip about her family and the scandal that had plagued her life, Serita found the ride around the island enjoyable. So did her husband, Chris.

She had met him at her friend Lauren's wedding reception in New York. As a bridesmaid at the ceremony, Serita smiled and gussied up in a lovely, pink gown, and hid that her heart broke every second because her father died two weeks before the wedding. Mingling with Lauren's family and friends and fending off the flirts, she wandered toward a lounge where she thought she left her bouquet. As soon as she walked in the room, she heard a guy holler out, "That's my beautiful wife right there."

Startled, Serita looked aside to see who declared such a thing. A group of men huddled together smiling at her. One of them walked her way. Of medium stature and thirty-something, he had dark, luminous eyes, short hair and a wide smile made unforgettable because of the grape-deep dimples that accentuated it.

"I'm Chris," he introduced himself and pecked her knuckles with his soft lips. "When I saw you come down the aisle, I knew I had to meet you. And I meant what I just said, you will be my beautiful wife. I don't know how I know that, but I just do."

Serita felt a tingle on her hand and as well felt tickled by him. He had to be the flirtiest man of the night. Yet it was all right. She knew not to take him seriously—she had made that mistake with someone else. It had ended in heartbreak of another kind, just before her father passed. With this attractive stranger, she planned simply to enjoy the moment.

But Chris stole more than a moment of her time. Serita and he danced on the up-tempo songs and had a spectacular time doing so. They created some smooth footwork on the floor that had his buddies cheering him on and Lauren giving her the thumbs up. They also moved together on the slow grinds. Their bodies pressed so close that they had to step outside and get some air from the heat that stirred up between them. Out there cooling off, Serita let him heat her up again with a kiss.

As his lips melded with hers and his arms swept around her, a lusty ache grew in the pit of Serita's belly. It enticed her to slip her arms around his solid body and thank God for such delicious surprises. It had been a long time since something made her feel so good instead of so sad.

Serita postponed driving back to Madera Bay. Chris begged her to hang around so they could get more acquainted. She desired the same.

Besides, all that awaited her on the island was the lonesome house she had shared with her father and the business she had closed because she had to care for him.

New York City then became her wonderland of fun and passion. During a whirlwind courtship of wining and dining, and indulging in all sorts of pleasures, she came to know Chris Johnson. In addition to being the owner of a small carpentry and construction business, he was a man that warmed her heart with laughter, kindness and affection. Whenever she cried about her father, she had strong arms to hold her. Whenever life blessed her with something beautiful, she could share it with someone.

After Chris proposed and they eloped at New York's City Hall, all during a three-month time frame, Lauren questioned Serita about her hasty marriage. After all, Lauren had known Chris only six months herself. Her fiancé, now husband, Damien, had hired Chris to do cabinet-making on the new home they'd purchased. Though Chris seemed wonderful, Lauren expressed reservations about Serita pledging a lifelong commitment to a man she barely knew.

Serita argued that she did know Chris. In the three months she had spent with him, it felt like she knew him better than people she knew her entire life.

Now, they had come to the island to take care of her business affairs and to let Chris get the feel of Madera Bay. Undecided about where they wanted to reside, they weighed the pros and cons of the island and New York. Though the wavering wasn't a problem. Since Chris could operate his business at any location, and Serita intended to start a new one that allowed her flexibility in the locale, they could pursue their dreams anywhere.

Winding up their island sightseeing, Serita drove Chris to her favorite hotspot, a secluded section of Madera Bay Beach. Since they had planned to laze at the oceanside, they wore swimsuits underneath their clothes. Hence, once Serita parked her Ford Explorer, they shed their casual gear. Seconds later, their bare feet made imprints in the sand. The white-beige grains sparkled like chopped diamonds beneath the blazing, southern sun.

Feeling playful, she ran ahead of Chris. She liked the way his eyes adored her in her skimpy, red bikini. Due to the stress of her father's illness coupled with a love affair gone awry, she had eaten too much and gained a little weight. It made her self-conscious until Chris told her he liked a little meat on his women, especially in the hip area where her extra clung.

She also liked that he kept complimenting the way the color accentuated her deep, brown complexion. It all made her feel beautiful, something she hadn't felt in a long, long time.

Teasing him with provocative sways of her hips, she lured him to chase her. Serita laughed loudly as she dashed through the sand. The sound mingled with the swish of waves crashing against the shore.

Eventually Chris caught up to her while the ocean water circled her knees. His well-built arms sealed her against him and he kissed Serita hungrily. As he caressed his way around to the back of her bikini top and began to untie it, Serita granted him a flirtatious look.

"Now, if you want that you're going to have to work for it." She backed away, drifting further into the sea.

Chris's dimples flashed at her. "Just for teasing me, I'm going to catch you and make you pay."

"I don't think you can," Serita taunted him.

"Catch me, maybe. Make me pay, that's up to opinion." Laughing, she swam away.

Chris swam after her. "Girl, I'm going to bite that juicy bottom when I catch you."

He caught Serita within a second. They kissed and discovered a shady place on the shore to make love. After many steamy moments, they were spent and dozed off.

Moments later, Serita woke inhaling the salty, sea air. Yet that wasn't all that she became aware of when she awakened. She saw Chris swimming. She also heard footsteps and sensed a presence behind her—a presence that made her feel strange, even frightened.

When Serita whirled around to see if anyone else had visited this remote section of the beach, no one approached her. She found it peculiar. During the entire week since her return to Madera Bay, she had had similar experiences. Once in her backyard, she swore she heard someone creeping up behind her. Outside her bedroom window at night, she believed she heard rustling in the bushes and footsteps. Another time when she took out the trash, she thought she saw a dark figure of a man that hurried toward her from a distance. Until, that is, Chris walked out the door. The menacing looking vision vanished.

Chris investigated every instance for her. No one appeared to be there. Serita decided she wouldn't bother him about the weird sensation that she just had. Perhaps it all had to do with grieving. Her friend and neighbor, Mrs. McFee, claimed that grief played a lot of strange tricks on the mind. Maybe she just missed her father too much.

Other than that alternative, what else could it have been? Since she was far from rich, no one should have gone out of his way to rob her. Neither had she done anything to anyone on the island or elsewhere for someone to want to harm her. On the other hand, friends of hers had expressed more than once that she was justified in feeling malice toward the people who had persecuted her family.

Book Description Harlequin Enterprises, Limited. Mass Market Paperback. Condition: Very Good. A copy that has been read, but remains in excellent condition. Pages are intact and are not marred by notes or highlighting, but may contain a neat previous owner name. The spine remains undamaged. At ThriftBooks, our motto is: Read More, Spend Less. Seller Inventory # G1583147853I4N00