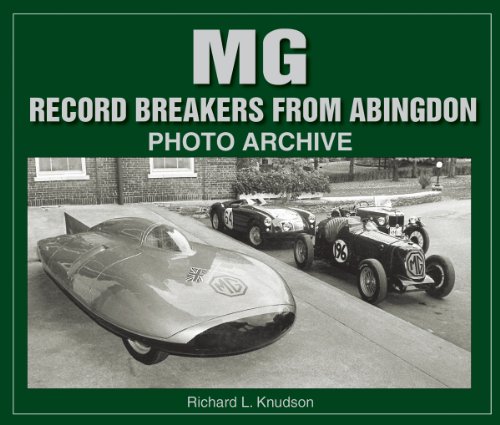 M.G. established its reputation as a world-class sports car manufacturer by winning races and breaking class speed records. In the 1930s Cecil Kimber, the founder of M.G., ran the fledgling motorcar factory in Abingdon. He knew the publicity value of record breaking and supported the building of special record cars.

The first book to provide in-depth coverage on these record-breaking cars. Included are International Class Record Summary charts for the EX 120, EX 127, EX 135, EX 179, and EX 181.