Items related to The Life & Times of Pericles (Biography from Ancient... 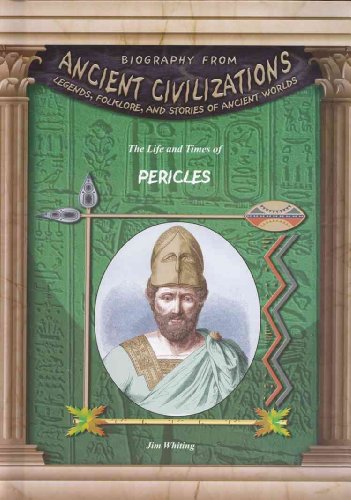 Greek soldiers defeated numerically superior Persian armies in several battles near the beginning of the fifth century BCE. That set the stage for what is known as the Golden Age of Greece, several decades of almost unparalleled accomplishments in art, politics, and civil affairs. The leader during this inspired era was a citizen of Athens named Pericles. He led many important political changes in the city. He was also largely responsible for the development of the Acropolis. Buildings such as the Parthenon still inspire awe and admiration among countless numbers of visitors to the site every year.

Jim Whiting has been a journalist, writer, editor, and photographer for more than 20 years. In addition to a lengthy stint as publisher of Northwest Runner magazine, Mr. Whiting has contributed articles to the Seattle Times, Conde Nast Traveler, Newsday, and Saturday Evening Post. He has written numerous books for Mitchell Lane in a variety of series. He has also edited more than 100 Mitchell Lane titles. A great lover of classical music and ancient history, he has written many books for young adults, including The Life and Times of Julius Caesar and The Life and Times of Augustus Caesar (Mitchell Lane). He lives in Washington state with his wife and two teenage sons.

2. The Life & Times of Pericles (Biography from Ancient Civilizations)