Items related to The Complete Handbook of Clock Management

The Complete Handbook of Clock Management 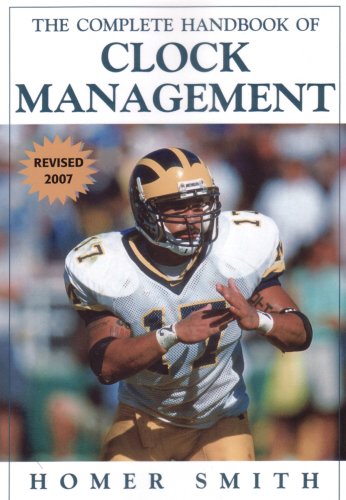 Provides a system of management with structures, reference points, procedures, and warnings to allow football coaches to address clock management--one of the most difficult and most often-criticized tasks of their profession. In this updated and revised edition of his popular book, Coach Homer Smith explains how to consider the moving clock, multiple variables, necessary barriers, ever-changing relativities, and demanded decisions. He also shows how to figure time, play fast, and assemble weapons. He explains how to use the intentional incomplete pass, the spike, and time-outs, as well as how to squeeze in next-to-the-last plays, how to use up excess time before scoring, and much, much more.

Homer Smith is a former football coach with 40 years of experience, including 38 years teaching quarterbacks. During his illustrious career, he received numerous honors, including being named District Three Coach of the Year, Eastern Coach of the Year, and Sporting News Offensive Coach of the Year. In 1997, his final year of coaching, Smith was a finalist for the Broyles Award. He holds degrees from Princeton, Stanford, and Harvard.