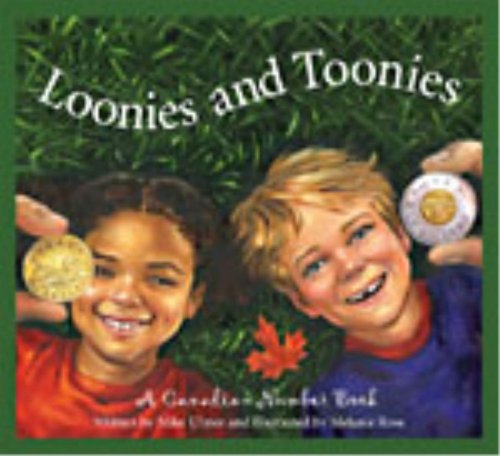 What do Shakespeare, salmon, sled dogs and the Queen of England have in common? They all play a part in Canadian life, and they are just a few of the topics covered in this book. Taking its name from the one-dollar and two-dollar coins in Canadian currency, Loonies and Toonies provides a well-rounded view of the country's past and present. This virtual tour briefs children on the metric system, as well as on Canada's ceremonial link to the British monarchy.
En route, they'll be inspired by stories of Terry Fox's courageous run for cancer research and the undefeated record of the Bluenose sailing schooner. Before the trip ends, they'll also discover why its not a good idea to go over Niagara Falls in a barrel!

Review:
"The Sleeping Bear Discover America State by State alphabet and number books can be used extensively in social studies but I can also use them as springboards for math and science lessons. Because they address material familiar to the students, lessons and projects can be extended from the content included in the text. Students can also create their own alphabet or number projects by looking around their environment." -- Linda Gillentine

Book Description Condition: Very Good. Used book that is in excellent condition. May show signs of wear or have minor defects. Seller Inventory # 1483890-75