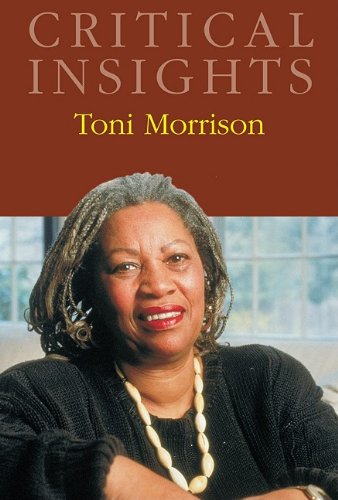 This title contains in-depth critical discussions of her life and works. Few living authors have generated the critical attention that Toni Morrison has. Winner of the Pultizer Prize, the National Book Award, the National Books Critics Circle Award, and the Noble Prize for Literature, Toni Morrison's fiction has not only shaped the landscape of modern American fiction, but it has had a profound effect in shaping the discussion of African American literature, life, and aesthetics. Edited and introduced by Solomon O. Iyasere and Marla W. Iyasere, this volume collects some of the finest pieces of Morrison scholarship to date. Original essays by Jennifer E. Dunn and Susan R. Bowers consider the scholarship surrounding Morrison's body of work and the cultural contexts in which that work was written, respectively. In an essay by leading African American literary scholar Trudier Harris readers will get a sweeping overview of the importance of Morrison's first six novels. Another original essay by Rossitsa Terzieva-Artemis examines the notions of community and identity in works such as Beloved, Jazz, and Paradise. Critic Philip Page contributes two pieces in this volume, the first examines the style and structure of Morrison's works while the second written with Yvonne Atkinson considers the oral tradition exemplified in Morrison's rhetorical tropes. Karen Carmean's essay focuses on ""Song of Solomon"" and ""Milkman Dead's"" development as a character, while Michael Hogan compares Faulkner and Morrison in his essay on ""Absalom, Absalom!"" and ""Beloved"". In Carol E. Henderson's essay, the comparison is made between Morrison's ""Beloved"" and James Baldwin's ""Go Tell It on the Mountain"". In his close examination of ""Jazz"", Darryl Dickson-Carr looks at the range of narrative voices in the novel, while critics Gurleen Grewal and Malin Walther Pereira focus on ""Tar Baby"" as a transitional novel in Morrison's body of work. In this volume's final essays, David Ikard looks at the self-destructive patriarchy found in ""Paradise"" and Anissa Janine Wardi examines the use of hands as a way of communicating love as an interconnecting and recurring theme in Morrison's works. Each essay is 5,000 words in length, and all essays conclude with a list of ""Works Cited,"" along with endnotes.