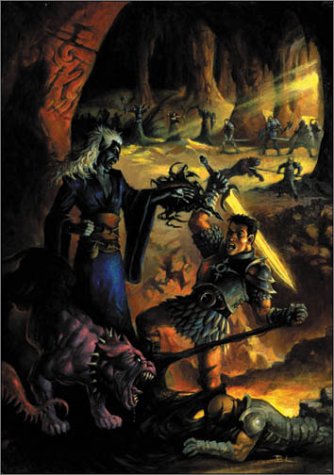 Two decades ago, the cabal of shadow-wizards known as the Penumbral Pentagon nearly overthrew the paladins of Mithril and almost replaced the shining city's theocrats with the Pentagon's own dark regime. Survivors of the shattered Pentagon fled into the Kelder Mountains. Today, led by the malicious dark elf Dar'tan, the Penumbral Pentagon has grown strong once again and prepares to exact its revenge upon Mithril and the entire Scarred Lands!

The Penumbral Pentagon is an enemy sourcebook that details a powerful organization, complete with full statistics on all its members and information on its ambitions. The Pentagon's hidden fortresses are also mapped and described.