Items related to The Darling: And Other Stories

Chekhov, Anton Pavlovich The Darling: And Other Stories

The Darling: And Other Stories 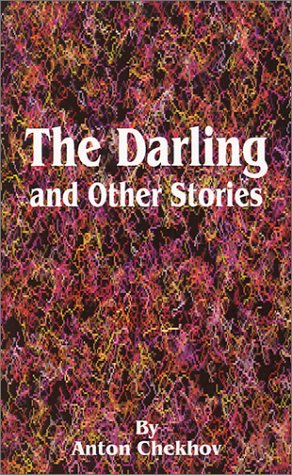 Anton Chekhov was born on January 29, 1860, in Taganrog, Russia, on the Sea of Azov. Anton Pavlovich Chekhov would eventually become one of Russia's most cherished storytellers. Especially fond of vaudevilles and French farces, he produced some hilarious one-act plays, but it is his full-length tragedies that have secured him a place among the greatest dramatists of all time.

Chekhov began writing short stories during his days as a medical student at the University of Moscow. After graduating in 1884 with a degree in medicine, he began to freelance as a journalist and writer of comic sketches. Early in his career, he mastered the form of the one-act play and produced several masterpieces of this genre including The Bear (1888), The Wedding (1889), The Lady with the Dog (1899), The Darling and other stories (1899) and many more.

Anton Pavlovich Chekhov (29 January 1860 – 15 July 1904) was a Russian physician, playwright and author who is considered to be among the greatest writers of short stories in history. His career as a playwright produced four classics and his best short stories are held in high esteem by writers and critics. He practised as a medical doctor throughout most of his literary career: "Medicine is my lawful wife", he once said, "and literature is my mistress." He was born in Taganrog, a port on the Sea of Azov in southern Russia. In May 1904, he became terminally ill with tuberculosis. In 1908, his wife Olga wrote this account of her husband's last moments: 'Anton sat up unusually straight and said loudly and clearly (although he knew almost no German): Ich sterbe ("I'm dying"). The doctor calmed him, took a syringe, gave him an injection of camphor, and ordered champagne. Anton took a full glass, examined it, smiled at me and said: "It's a long time since I drank champagne." He drained it and lay quietly on his left side, and I just had time to run to him and lean across the bed and call to him, but he had stopped breathing and was sleeping peacefully as a child...'