Items related to KIdsboro - Battle for Control (Adventures in Odyssey... 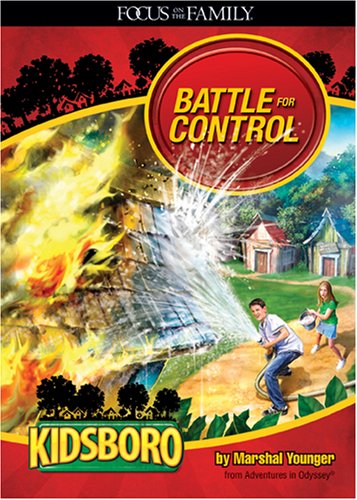 Kidsboro is a small town in the woods behind Whit's End in Odyssey. It has a church, a store, a police station, a bakery, a newspaper, and a total of zero citizens over the age of 14. It's a town run by kids. Ryan, the mayor, helps enforce the laws, create new jobs, and keep the peace in a town where he seems to have lots of friends (and a few enemies).
In book #1, an election for Kidsboro mayor sets off a Battle for Control. After Ryan's vote leads to a rebel getting booted from Kidsboro, the most popular (and pretty) girl at Odyssey Middle School won't be stopped in her campaign against him.

Marshal Younger is producer for Focus on the Family's audio drama Adventures in Odyssey, a show for which he has written more than 100 episodes. He is the author of several children's novels and has served as writer/producer of innovative projects such as Treasure of the Incas CD-ROM game and Answer That! Adventures in Odyssey DVD game. He lives in Colorado Springs with his wife, Stephanie, their son and three daughters.