Items related to Treasury of Muslim Literature: The Golden Age 750-1250... 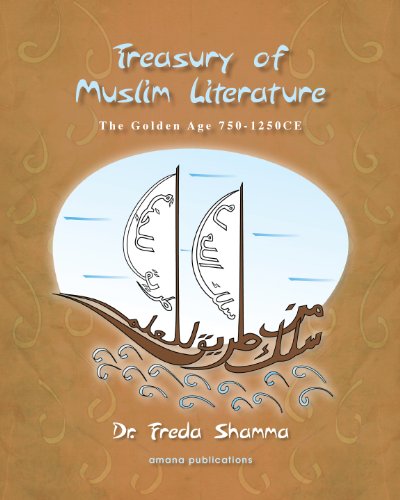 During their golden age of literature, Muslims wrote about everything including poetry,theology, spirituality, philosophy, geography, history, political science, sociology, psychology, belle letters, biography, autobiography and memoirs. The Treasury of Muslim Literature is an introduction to a literature that many of us are ignorant about. It is also an overview of the Muslim world s literary excellence that students in secondary and tertiary education should be exposed to.

Dr. Freda Shamma is an educator who has worked on developing Islamic curriculum on three continents. She received her MA from the University of California, Berkeley, and her EdD from the University of Cincinnati. She has traveled widely collecting Muslim literature from as far away as China, and as close as the nearest used bookstore. She has long been active in the educational activities of the Islamic Society of North America which, in 2010, honored her life commitment and service to Islamic Education.

Shipping: US$ 45.66
From United Kingdom to U.S.A.
Destination, rates & speeds