Items related to Love in a Time of Hate

Hollander, Nancy Caro Love in a Time of Hate

Love in a Time of Hate 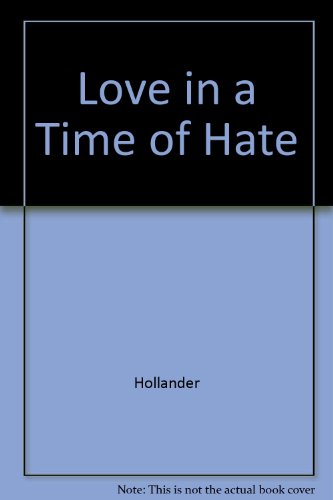 Published in 1997, this groundbreaking work locates the intersection of psychoanalysis, Marxism, and twentieth century social upheaval in South America, and provides an all-too-rare study of the role of psychoanalysis in understanding and overcoming social trauma.

Nancy Caro Hollander profiles ten Argentine, Chilean, and Uruguayan psychologists and psychoanalysts who experienced firsthand, and later strove to comprehend, the political and social oppression that occurred under the military dictatorships in their countries during the 1970s and 1980s. In clear, vivid prose, she recounts how psychoanalysts employed what she calls "liberation psychology" to understand the brutal trauma suffered by the populace under fiercely repressive regimes and then to help themselves and others to confront and overcome a culture of intimidation, coercion, torture, and, frequently, murder.

Nancy Caro Hollander is a professor of Latin American history and women's studies at California State University, Dominguez Hills. She is a clinical affiliate of the Psychoanalytic Center of California. Hollander has also been a documentary filmaker and radio producer.