Items related to The Glitter Scene 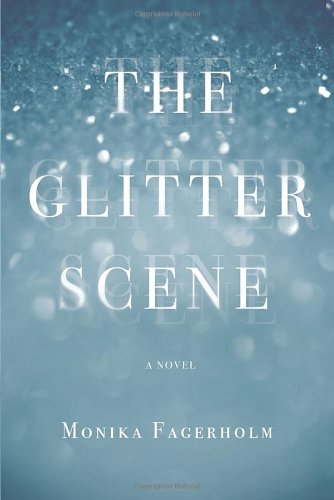 Teenage Johanna lives with her aunt Solveig in a small house bordering the forest on the outskirts of a remote coastal town in Finland. She leads a lonely existence that is punctuated by visits to her privileged classmate, Ulla Bäckström, who lives in the nearby luxury gated community. It isn’t until Ulla tells her the local lore about the American girl and the tragedy that took place more than thirty years before that Johanna begins to question how her parents fit into the story. She sets out to unravel her family history, the identity of her mother, and the dark secrets long buried with her father. In the process of opening closed doors, others in the community reflect back on the town’s history, on their youth, and on the dreams that play in their minds. Soon a new story emerges, that stirs up Johanna’s greatest fears, but ultimately leads to the answers she is searching for. The Glitter Scene is a riveting mystery that explores the roles of truth and myth, reality and fiction, and the repercussions of family secrets.

Monika Fagerholm’s much-praised first novel, Wonderful Women by the Sea, became one of the most widely translated Scandinavian literary novels of the mid-nineties and was nominated for the IMPAC Dublin Literary Award. In 1998 it was followed by the cult novel Diva, which won the Swedish Literature Society Award. Her third novel, The American Girl, became a number-one
best seller and won the premier literary award in Sweden, the August Prize, as well as the Aniara Prize and the Gothenburg Post Award.

Katarina E. Tucker was born in the United States and raised bilingually with English and Swedish. She holds a doctorate in Scandinavian literature from the University of Wisconsin. In 2003 she won the American-Scandinavian Foundation’s Translation Prize for her translation of Sven Deblanc’ Jerusalem’s Night. After dividing her time between Europe and North America, she now resides in the
Netherlands.

Solveig’s and Tobias’s voices from the kitchen: Tobias has a habit of stopping by in the evenings after he has been at his greenhouse before biking back to the residential housing for seniors where he lives up in the town center. He is stubborn about that bike, despite the fact that it is more than six miles and he is old, his legs are getting worse and worse. But if the road conditions are bad Solveig convinces him to let her drive him—not so easy, Tobias is woven of a stubborn cloth. But still: voices in the yard, car doors slamming, she will be back soon.
Or, other evenings, Solveig is watching television in the living room, the volume turned down very low, a quiet hum in the background. Sometimes Johanna gets up and goes to her, lies down on the sofa in the living room, her head resting in Solveig’s arms. Steep stairs, white houses on television: women, men who are running up and down stairs, meeting in corridors, talking, talking and having relationships with each other. Johanna does not follow along, Solveig’s fingers in her hair, she is not thinking about the Marsh Queen then either, not thinking about anything in particular, or about the houses. The houses that Solveig sells, supplies in her business. Blueprints, photographs, sometimes Johanna is allowed to be at a showing. To walk through the empty apartments, through the houses, imagine, all sorts of things. Brochures about Rosengården 5 and 6 and 8, residential areas, all of them alike. Old brochures about the Winter Garden before it was finished, a special language in them. Kapu kai. The forbidden seas.
The hacienda must be built.