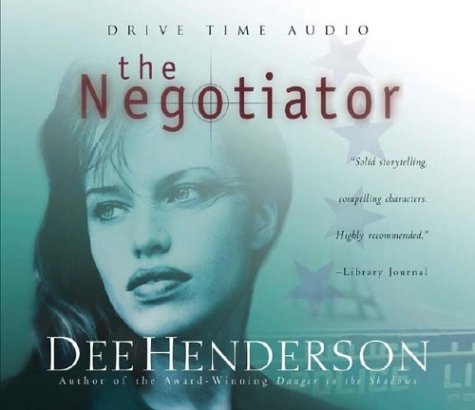 In this dynamic audio CD version of The Negotiator, FBI agent Dave Richman from Danger in the Shadows is back -- and about to meet Kate O'Malley. A hostage negotiator in Chicago, Kate is a legend on the force, willing to walk into any situation. Dave is a Christian, but Kate isn't. Their relationship is going to be a challenge. Kate's family, the seven O'Malleys, were orphaned or abandoned as children; they chose to become their own family. But an airline bombing, tragic family news, and the appearance of a brother Kate didn't know she had will change her family's life -- and her own -- forever.

Veteran hostage negotiator Kate O'Malley has seen humankind at its worst. In fact, she has become something of a legend for her ability to parlay a successful outcome from even the most desperate situations. FBI special agent Dave Richman, introduced in Henderson's Danger in the Shadows, has every reason to have lost faith. But he hasn't and Kate has. From their first encounter during a bank holdup, these two very disparate people are inexplicably drawn to each other. But can they overcome the obstacles? Dave's Christianity is as much a part of him as his desire for Kate, while Kate claims no particular belief in God. And can Dave relinquish his need to protect Kate when it is her job to place herself in danger? But Dave may not have a choice when a secret from Kate's past returns to haunt her--or kill her. Full of surprises, Dee Henderson's The Negotiator is a walk on the wild side and readers will love every thrilling minute!--Alison Trinkle

Dee Henderson is the author of the Uncommon Heroes series of military romance novels and the O'Malley series of romantic suspense novels. She is the daughter of a minister and has a special interest in church planting. Henderson lives in central Illinois.