Items related to Humanism: An Introduction 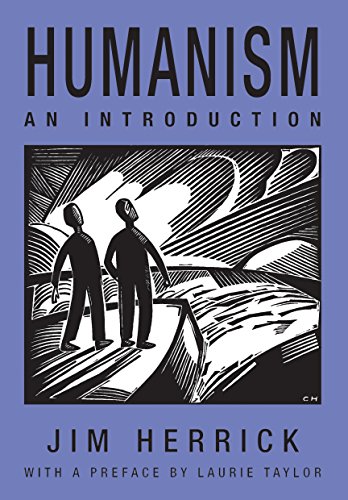 Humanism is a philosophy that emphasizes the value of human life in all its creative potential within a secular context. Humanism is skeptical of religious beliefs and relies on science as the basis for understanding the universe. Although humanism has become most fully developed in the West, its origins lie throughout the world, and this perspective is shared by people from many different cultural, ethnic and racial backgrounds.In this succinct, informative, and enlightening introduction to humanism, Jim Herrick, a leading humanist advocate in Great Britain, provides a very readable account of the guiding principles, history, and practice of humanism in today's world. Herrick surveys the tradition of humanism as it developed over many centuries, its skepticism toward belief in God and an afterlife, humanist values and arguments for morality outside of a religious framework, its attitude of tolerance toward different lifestyles and belief systems, its endorsement of democratic political principles, its strong ties to science, its evaluation of the arts as an exploration of human potential, and its concern for environmental preservation and the long-term sustainability of the earth.In conclusion, Herrick briefly describes the various humanist organizations throughout the world; particular causes championed by humanists (women's rights, racial and sexual equality, freedom of speech and information, and education, among others); and the future of humanism.

Jim Herrick (London, UK) is editor in chief of the Rationalist Press Association, literary editor of the New Humanist, formerly editor of the Freethinker and of the International Humanist News, and the author of a number of books on the history of humanism. He has written two books on the history of freethought and has worked in the humanist movement for over 25 years. Herrick, previously a school teacher, has carried out non-religious ceremonies including funerals, weddings and same sex affirmations. The international dimension to humanism is very important to him and he has traveled to meet humanists in many parts of the world.