Items related to Naval Firepower: Battleship Guns and Gunnery in the...

Naval Firepower: Battleship Guns and Gunnery in the Dreadnaught Era 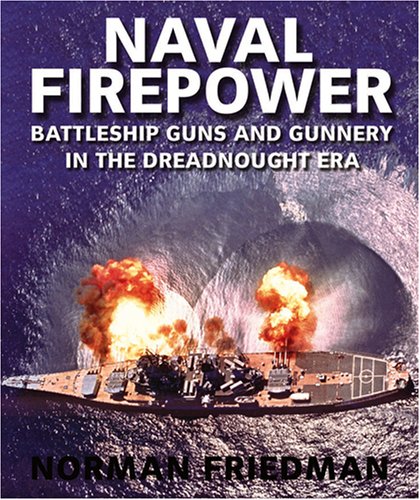 For more than a half a century the big gun was the arbiter of naval power, but it was useless if it could not hit the target fast and hard enough to prevent the enemy doing the same. Because the naval gun platform was itself in motion, finding a 'firing solution' was a significant problem made all the more difficult when gun sizes increased and fighting ranges lengthened and seemingly minor issues like wind velocity had to be factored in. This heavily illustrated book outlines for the first time in layman's terms the complex subject of fire-control equipment and electro-mechanical computing.

NORMAN FRIEDMAN, a prominent American naval analyst, is the author of more than thirty major books, including the new fifth edition of The Naval Institute Guide to World Naval Weapon Systems.