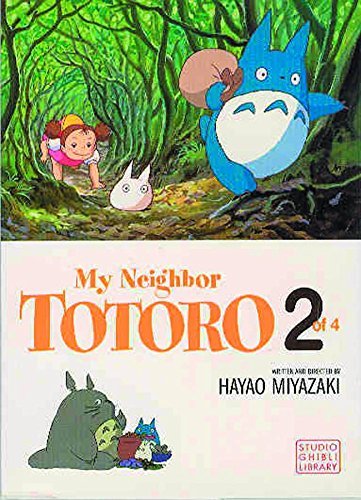 Spunky sisters Satsuki and Mei are adjusting to their fascinating new country home--and to life without their mother, who is recovering in a nearby hospital. Satsuki makes plenty of friends at her new school, but Mei, who is too young for school, has to stay behind. One afternoon, she follows a funny-looking creature to the trunk of an ancient camphor tree and enters the whimsical world of Totoro, a magical forest creature. Will Dad and Satsuki believe her story?

Hayao Miyazaki is the prominent director of many popular animated feature films. He is also the co-founder of Studio Ghibli, the award-winning Japanese animation studio and production company behind worldwide hits such as PRINCESS MONONOKE, HOWL'S MOVING CASTLE and SPIRITED AWAY.

Book Description Paperback. Condition: New. 1st. Paperback. A 4-volume series, illustrated with full-color stills from the movie.Disney DVD available 08.31.2004.From the Oscar-winning creator of Spirited Away, Castle in th.Shipping may be from multiple locations in the US or from the UK, depending on stock availability. 152 pages. 0.300. Seller Inventory # 9781591166849