Items related to Happiness: A Guide to Developing Life's Most Important...

Happiness: A Guide to Developing Life's Most Important Skill 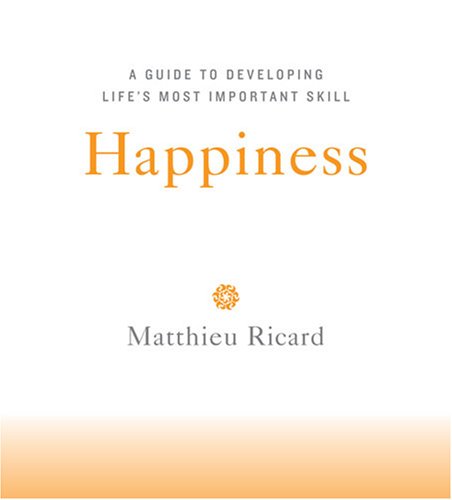 What is the one thing everyone wants? Happiness. But where do we find it? French Buddhist monk Matthieu Ricard has been working with scientists and Buddhist scholars to explore the effects of meditation on the brain and its correlation with happiness. What he discovered: Happiness is not something you seek, but rather it is a skill you develop. On Happiness, the former cellular biologist merges the newest scientific research with traditional Buddhist teachings and contemporary Western philosophy to show you the keys to realizing the experience of happiness. Join Ricard on this audio adaptation of his book of the same title to learn more about: - How to cultivate sukha-a balanced state of well-being that arises when we release ourselves from mental blindness and afflictive emotions - Practices for working with your mind to develop attention, focus, and clarity-a foundation for inner peace - How to work with the ego and time to enter the state of flow

Matthieu Ricard, a Buddhist monk residing in Katmandu, is a coauthor of "The Monk & the Philosopher" & is the official French translator of His Holiness the Dalai Lama.

Both the subject, happiness, and the author/narrator, an accomplished French scientist who's been a Buddhist monk for 35 years, are endlessly fascinating. Ricard's gorgeous accent and unique use of everyday words are totally beguiling. A translator for the Dalai Lama, he is renowned for his research and practice of cultivating a state of happiness. As he explains how to meditate and accumulate positive moods, his presentation is punctuated with quirky humor. For example, when a man confesses that he's afraid of what he will see when he looks within, the Dalai Lama observes that there's nothing more entertaining on TV or film than self-analysis. Just listening to Ricard is soothing and inspiring. This is a great choice for those seeking a calmer inner life. S.G.B. © AudioFile 2007, Portland, Maine-- Copyright © AudioFile, Portland, Maine

1. Happiness: A Guide to Developing Life's Most Important Skill