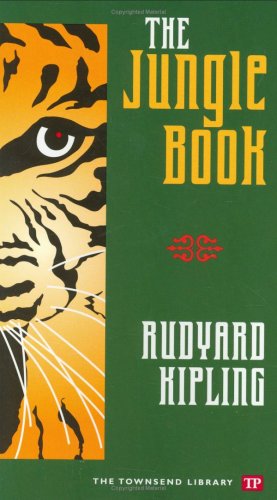 This Townsend Library classic has been carefully edited to be more accessible to today's students. It includes a background note about the book, an author's biography, and a lively afterword. Acclaimed by educators nationwide, the Townsend Library is helping millions of young adults discover the pleasure and power of reading.

RUDYARD KIPLING was born in Bombay on December 30th 1865, son of John Lockwood Kipling, an artist and teacher of architectural sculpture, and his wife Alice. His mother was one of the talented and beautiful Macdonald sisters, four of whom married remarkable men, Sir Edward Burne-Jones, Sir Edward Poynter, Alfred Baldwin, and John Lockwood Kipling himself. Young Rudyard's earliest years in Bombay were blissfully happy, in an India full of exotic sights and sounds. But at the tender age of five he was sent back to England to stay with a foster family in Southsea, where he was desperately unhappy. The experience would colour some of his later writing. When he was twelve he went to the United Services College at Westward Ho! near Bideford, where the Headmaster, Cormell Price, a friend of his father and uncles, fostered his literary ability. Stalky & Co., based on those schooldays, has been much relished by generations of schoolboys. Despite poor eyesight which handicapped him on the games field, he began to blossom. In 1882, aged sixteen, he returned to Lahore, where his parents now lived, to work on the Civil and Military Gazette , and later on its sister paper the Pioneer in Allahabad. In his limited spare time he wrote many remarkable poems and stories which were published alongside his reporting. When these were collected and published as books, they formed the basis of his early fame.