Monster Movie Memories: From Movie Palace To Drive In 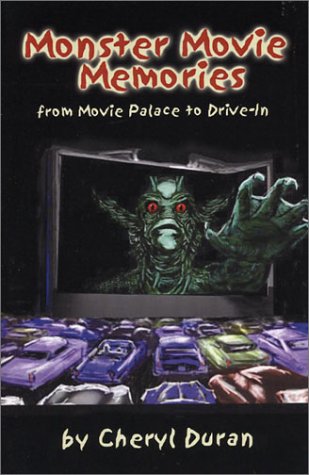 Monster Movie Memories: From Movie Palace To Drive In contains Spotlights on favorite monster movies Of The 30's - 60's, the great ones! From campy wonders like "Billy The Kid VS Dracula" to fabulous Universal offerings such as "Bride Of Frankenstein," it's all about the movies we love and remember! Each movie spotlight also includes the bio of actors and filmmakers who made the movies happen, from amazing special FX artists like to Paul Blaisdel to famous directors and producers such as Roger Corman and William Castle. Monster Movie Memories also contains chapters on weird and wild theater gimmicks, advertising art the history of movie houses, movie palaces, drive-in theaters and more! If you are a horror film history and trivia fan, this book was written just for you!

1. Monster Movie Memories : From Movie Palace to Drive In