Items related to Character Development and Storytelling for Games (Game... 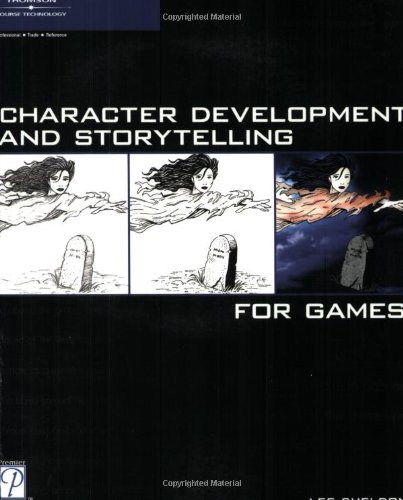 This is a book of ideas and of choices. Knowing which choices to make is not teachable. It's part of that creative instinct we call talent whose secret voice guides us every time we sit down at the keyboard. All stories are not identical. They are shaped by all those unique facets of the human beings who write them. All any writer can do when he wants to share his knowledge with others is be as open and giving as possible; and hope others can learn from that. You hold in your hands most of what I know about writing for games and much of what I believe and practice no matter what kind of writing I'm doing. It is meant to inform, to instruct, and maybe even inspire. It is as much about game design as it is writing for games. The two are virtually inseparable. The book itself has been designed as a quest. We are all of us on a journey toward a destination for which there is no single road. --Lee Sheldon, Author

Lee Sheldon is Associate Professor and Co-Director of the Games and Simulation Arts and Sciences program at Rensselaer Polytechnic Institute. He has written and designed more than two dozen commercial and applied video games and MMOs. His most recent book from Course Technology PTR is The Multiplayer Classroom: Designing Coursework as a Game. Lee began his academic career at Indiana University, where he instituted the practice of designing classes as multiplayer games, and wrote and designed the alternate reality games in the Skeleton Chase series. Most recently, Lee was lead writer/designer on three games based on Agatha Christie novels, lead writer on Star Trek: Infinite Space, and lead writer on Zynga's Facebook game Indiana Jones Adventure World and an upcoming Kinect game for Harmonix. He is head of the team that is building the Emergent Reality Lab at Rensselaer, a mixed reality space for research and education; lead writer and design consultant on a game teaching math; and lead writer/designer of games teaching Chinese and business ethics. Before his career in video games, Lee wrote and produced over 200 popular television shows, including Star Trek: The Next Generation and Charlie's Angels.