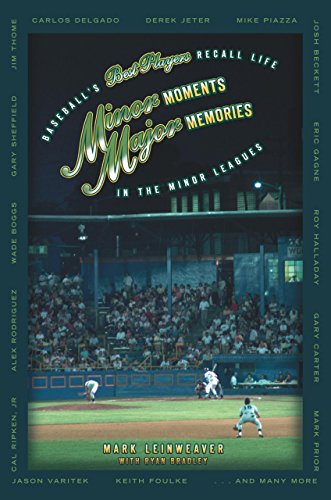 A heartfelt account of life in baseball’s minor leagues.

Minor League Baseball has been around for more than 100 years. Across the United States, Canada, and Mexico, almost every Major League Baseball player, manager, and coach has spent time in the minors before making it to the big leagues.
From Portland, Maine, to Portland, Oregon, and Edmonton, Canada, to Monterrey, Mexico, Minor League Baseball cities have been the homes to some of the greatest stories in the history of the American pastime. Whether it was on the field, on the bus, or on the side, these dramatic, disappointing, embarrassing, funny, unique, and just plain unusual stories actually happened.
Minor Moments, Major Memories is a collection of memorable minor league experiences over the past 60 years that take fans into the stands, onto the buses, and into the clubhouses. It highlights a time when these individuals lived together, ate together, traveled together, and played ball together. A period when the rules of the game were the same, but the stadium lights were dimmer, the crowds were smaller and the mascot coached first base.
These true stories are the actual accounts as told by the individuals, who range from Major League All-Stars to Minor League journeymen.
Author Mark Leinweaver shares this heartfelt collection of the exceptionally good, bad, and unforgettable memories of those who lived the minor league experience while playing, managing, and coaching in small farm towns, bustling blue-collar cities and everything in between.

Mark Leinweaver was the radio broadcaster and media relations director of the Norwich Navigators, a Yankees AA affiliate, from 1998 to 2002. This is his first book. He lives in Rhode Island.