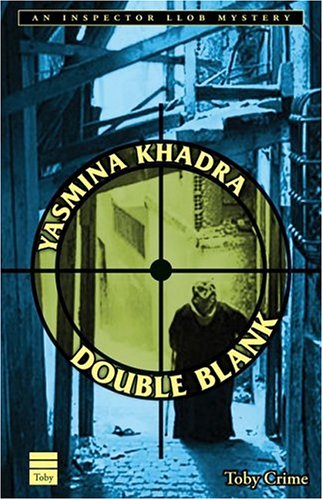 Ben Ouda, a senior diplomat, is found savagely murdered. Is this yet another victim of the never ending Islamic fundamentalist violence in Algiers? Inspector Llob has doubts: Ben Ouda had too many friends, too many far fetched theories... Navigating the Algiers underworld and rich elite, Inspector Llob resists the pressure of politicians, fundamentalists and crooks in his pursuit, against the background of a world in turmoil.

Former high-ranking Algerian army officer Khadra, who's now an exile in France and who first used a female pseudonym to avoid military censorship, presents a brutal and cynical look at his native country in his intriguing second Inspector Llob mystery (after 2003's Morituri). Llob's reunion with Ben Ouda, a leading intellectual and power broker who recently published a bestselling book criticizing the Algerian regime, is followed by a series of vicious murders, ostensibly by a gang of Islamic fundamentalists. The inspector's investigations lead him to a colorful cast of suspects, but the trail takes a major detour when members of the hit squad themselves begin to turn up dead. Llob and his team step on toes with abandon and follow the corpses through various strata of Algiers society. For the many not conversant with current Algerian politics, this will serve as an easy-to-digest guide to life under a military regime constantly threatened by religious extremists. Llob, whose Mike Hammer-like comfort level with violence is highly disturbing, is too unattractive a character to engage readers emotionally. The oppressive atmosphere and the unfamiliar location will make it a challenge for this deserving series to find a wide U.S. readership. (Mar. 15)
Copyright © Reed Business Information, a division of Reed Elsevier Inc. All rights reserved.

The author of the intense, terrifying The Swallows of Kabul [BKL F 1 2004], about life under the Taliban, also writes detective stories. Double Blank carries over Algiers police superintendent Llob from Morituri (U.S. ed., 2003) and tips its hand tonally by mentioning B movies in the second sentence; by the time another character calls Llob "Columbo," readers can only gleefully relish the association. Besides Columbo, Llob resembles Chandler's Marlowe in his (Llob is the narrator as well as hero) penchant for juicy, spoiled-romantic descriptions of the sights, sounds, and flavors of Algiers; Sam Spade in his golden-hearted toughness (Llob is a genuine Algerian patriot); and mordant American TV detectives in being considerably better at cutting cloying colleagues and overweening hoods down verbally than physically (fortunately, Llob's massive lieutenant, Ewegh Seddig, does the latter quite nicely). The case at hand concerns the cascade of murder set off by the beheading, in his lavish apartment, of a famous political author and diplomat. A very smart, gory thriller, deepened by sad knowledge of contemporary Algerian "business." Ray Olson
Copyright © American Library Association. All rights reserved