Items related to The Shadow Chaser 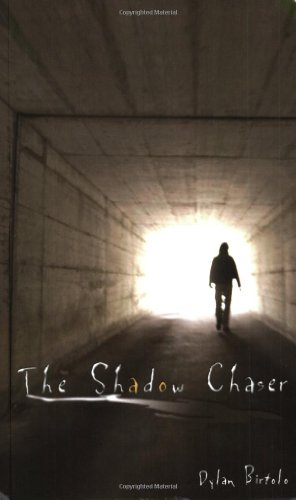 Dripping with suspense, this exciting new work takes the reader into an exploration of other worlds—the shadowy, edgy world of the shapeshifters.

In a deceptively placid beginning to this book, young Darien Yost is living the most commonplace of lives, going about his business as most of us. In the space of an afternoon, his entire destiny is put in jeopardy. He loses consciousness suddenly and awakens disoriented after an unexplained episode. From that point forward, he is immersed in a reality he could never have imagined.

Guided by opposing forces, Darien is taunted with increasingly strange and menacing incidents, the resolution of which will determine the outcome of his life and the successful fulfillment of his new abilities and powers.

Darien Yost is a young man about to learn that people with power can rarely live a normal life. One afternoon, he loses consciousness for no apparent reason and wakes up disoriented. This seemingly random occurrence marks the first indication of his heritage and begins his immersion in a reality that he never imagined existed. During the next few days, his life becomes a race against time as he tries to fathom how his world is changing—and how he must survive.

Dylan Birtolo lives his life as a journey with many intersecting and varied paths. He attended the Massachusetts Institute of Technology where he studied biology, computer science, and creative writing. In the handful of years since graduating, he has worked as a biology research assistant, a software engineer, a veterinary technician, the author for a weekly web-based publication and a martial arts instructor. He currently lives in St Paul, Minnesota, where he pursues a myriad of passions.

Book Description Inkwater Press, 2004. Condition: Good. First Edition. Shows some signs of wear, and may have some markings on the inside. Seller Inventory # GRP62090595

Book Description Inkwater Press. Paperback. Condition: Very Good. A copy that has been read, but remains in excellent condition. Pages are intact and are not marred by notes or highlighting, but may contain a neat previous owner name. The spine remains undamaged. At ThriftBooks, our motto is: Read More, Spend Less. Seller Inventory # G1592990746I4N00

Book Description Inkwater Press, 2004. Condition: Good. A+ Customer service! Satisfaction Guaranteed! Book is in Used-Good condition. Pages and cover are clean and intact. Used items may not include supplementary materials such as CDs or access codes. May show signs of minor shelf wear and contain limited notes and highlighting. Seller Inventory # 1592990746-2-4