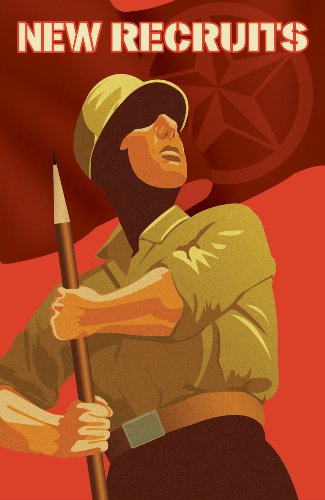 Dark Horse asked its readers, "Think you've got what it takes to be in comics?" The response was overwhelming. Now, after receiving hundreds of submissions from all over the world, Dark Horse is proud to present five of the coolest, strangest, and funniest stories from a group of undiscovered and underrated newcomers. There's no comic anthology out there like this one. Now's your chance to get in on the new wave of comic contenders who've got what it takes!

Two years ago, Dark Horse made an open-submissions call in hopes of turning up undiscovered talent. What it got constitutes as diverse a collection as ever appeared between covers: Nick Plumber and Adam Adamowicz's paranoiac horror tale about rat infestation; "Discreet Despair," enigmatic, poetic expressions of futility by RHS (Brazilian Rafael da Silveira) that would be at home in Blab! a tale about high-school students and an alien invasion that Andrew Krahnke draws in a sharp, Frank Miller-derived black-and-white; whimsical humor by Jacob Chabot that features the fearsome-visaged, ill-tempered youngster Skullboy and his oddball friends; and two period contributions by Ian Culbard, one a Victorian-era mystery pitting a Holmes-like detective against a robotic mass murderer, the other a zombie tale set in eighteenth-century Britain. Yet this admirable variety accentuates a commercial weakness common to such anthologies, for it's hard to picture readers with tastes ranging wide enough to appreciate the gentle humor of Skullboy and RHS' avant-gardism. Still, the small segment of comics fandom that thrives on eclecticism should be thrilled. Gordon Flagg
Copyright © American Library Association. All rights reserved