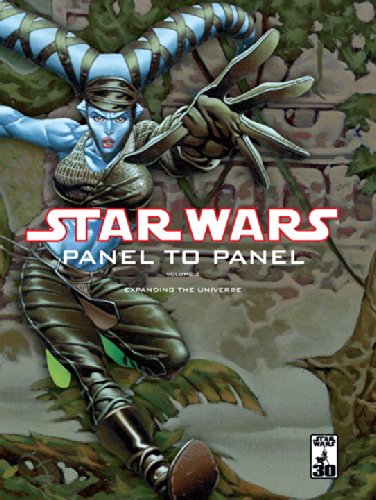 From 5,000 years before Luke Skywalker first picked up a lightsaber to nearly 150 years after the events in Return of the Jedi, Dark Horse Comics has chronicled the major events in every era of the Star Wars galaxy in amazing drawings and paintings by some of the most accomplished artists in our own galaxy. In this all-new companion to the first Star Wars Panel to Panel volume, we've spotlighted not only the stunning work of comics' greatest artists, but also the legion of characters Dark Horse has contributed to Star Wars' Expanded Universe - characters who have not only carried the romance and adventure of the galaxy far, far away far beyond the events in the films, but those who have made the jump from the pages of comic books to television and the silver screen! Every Star Wars fan will cherish this look back, forward and beyond!