Items related to UNTANGLING THE WEB 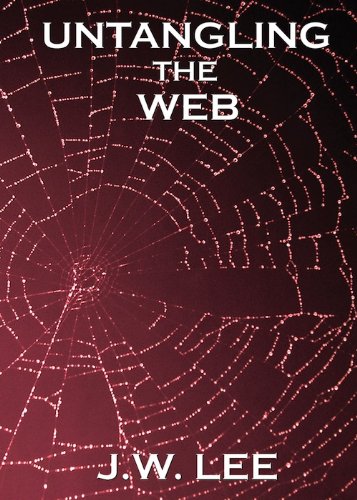 For more than a decade and a half Susan Grund has maintained her innocence, and her silence. Books and movies have been made about the fateful night of August 3, 1992 in Peru, Indiana, when she found her husband, prominent attorney and former Miami County prosecutor James Grund murdered in their home. The subsequent arrest and later conviction of his wife Susan, after two grueling and controversial trials; of which the first was declared a mistrial, left the town of Peru and its citizens divided, making accusations, and pointing fingers in every direction to this day. The highly circumstantial conviction still leaves much to be questioned.

Yet through both trials and her years of incarceration, through media blitzes, one sided interviews, and mediocre storytelling in books, Susan Grund has never spoken to the public. She has never told her account of any part of her life before, during, or after her marriage to Jim Grund; nor has she spoken about his death, her trials, or her life in prison.

There have been countless erroneous facts and stories circulated over the years, many damaging to her character. There are even more overlooked facts, some suppressed during her trials and others completely ignored. Sadly, the worst of these omissions and errors are matters of public record. Still, she maintained her silence.

For the first time ever, Susan Grund has allowed her story to be told, from her perspective, in her words. Throughout the last year and a half, I have conducted telephone and written correspondence interviews with Susan; and she has generously granted me unlimited access to her personal papers and journals.

Here now, is her story. From her childhood on East Third Street in Peru Indiana, to her years in Texas and Oklahoma and back to Peru again, Susan sets the story straight in her own words, her own time.

UNTANGLING THE WEB is my first full length endeavor. Although I am an avid reader of both true crime and biographies, it was not my intention to develop a body of work of this nature when I first became acquainted with Susan. After knowing her for years, we began talking of the possibility that perhaps the time was right for her to break her silence.

We began with her journals, photos, and letters kept over the years. I also interviewed her on other subjects that weren't recorded, to come up with an outline of what would become the book. After the book was completed, we accepted an offer from the Oxygen channel to do interviews for their documentary series SNAPPED, which aired in June 2009. In the spring of 2010 UNTANGLING THE WEB will be released, and for the first time Susan's voice will be heard. --J.W. Lee

Now for the first time Susan Grund speaks, telling her side of the saga that began eighteen years ago. To this day the story is still slowly, but finally unfolding. From the prosecutor's first words of a very tangled web, here is Susan Grund's UNTANGLING THE WEB. --J.W. Lee

Book Description Aventine Press, 2010. Condition: Good. A+ Customer service! Satisfaction Guaranteed! Book is in Used-Good condition. Pages and cover are clean and intact. Used items may not include supplementary materials such as CDs or access codes. May show signs of minor shelf wear and contain limited notes and highlighting. Seller Inventory # 1593306652-2-4