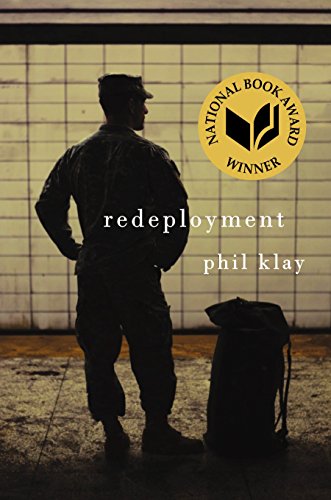 An Amazon Best Book of the Month, March 2014: I defy any readers of Phil Klay’s stunning Redeployment to a) put it down and b) limit the number of “wows” they utter while reading it. These twelve stories, are all about the Iraq War or its aftermath; they are so direct, so frank, they will impress readers who have read all they care to about the war as well as those who thought they couldn’t stand to read about it at all. The strength of Klay’s stories lies in his unflinching, un-PC point of view, even for the soldiers he so clearly identifies with and admires. For example, one veteran tells a guy in a bar about a particularly harrowing war experience. When the stranger, moved, declares his respect for our troops, the soldier responds, “I don’t want you to respect what I’ve been through. I want you to be disgusted.” Klay is fearless; he eviscerates platitude and knee-jerk politics every chance he gets. “[A fellow soldier] was the one guy in the squad who thought the country wouldn’t be better off if we just nuked it until the desert turned into a flat plane of grass,” he writes. These stories are at least partly autobiographical, and yet, for all their verisimilitude, they’re also shaped by an undefinable thing called art. Phil Klay is a writer to watch. --Sara Nelson

Phil Klay is a Dartmouth graduate and a veteran of the US Marine Corps.  He served in Iraq during the surge and subsequently received an MFA from Hunter College. His first published story, “Redeployment”, appeared in Granta’s Summer 2011 issue. His writing has also appeared in the New York Times, the New York Daily News, Tin House, and in The Best American Nonrequired Reading 2012.