Items related to A Writer's Nightmare 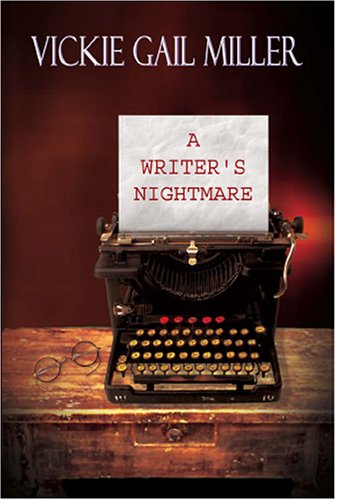 Derrick Hunter, a stressed Chicago, Illinois writer, venture into a fantasy world of heated sex, passion, black mail, and theft, leading to his nightmarish murder, in his search for reality, fulfillment, saneness, to become a successful writer.

Vickie Gail Miller, the niece of Doris Miller, and Granddaughter of Henrietta Miller, was born in Waco, Texas, to Selvia and Irene Miller. After graduating from Lee High School in 1973, she attended Midland College, and later became a certified nurse’s aide, at Odessa College, in Odessa, Texas, 1985. She completed a writer’s correspondence Course, also in 1985, at the Institute of Children’s Literature, in Redding Ridge, Connecticut, and since, has written over 15 manuscripts; the Road That Will No Ease, Four Short Stories To Remember, The Rescue, Junior Miller (An Unforgettable Star), It Wasn’t Suppose to End Like That, An Unforgettable Warrior of World War II (Doris Miller), Henrietta Miller (The Woman Behind Doris Miller), A Collection of Children’s Shorts, A Collection For Young Adults, Doris Miller Moves In History, Up To A New War, Rubies, Diamonds or Pearls, and is presently writing another; Enduring a Passage to Hell. Published writings of the author’s include; Doris Miller (A Silent Medal of Honor Winner), A Long Road to Survive, And Poems of Thought, which features artwork by Vickie Gail Miller. The Mother of five children, the author has created artwork (Miller family homeland drawings) in Doris Miller (Unmasked in Present Times), including her sketch drawing of her uncle, Doris Miller, in Doris Miller Moves in History, Up to a New War, and in Doris Miller World War II Hero Calenders (2003, 2004, and planned continuations). The author has written other short stories, poems, musical Compositions, and is the inventor of, World War II Doris Miller Action Figure Doll, and Footsteps to Knowledge Game.