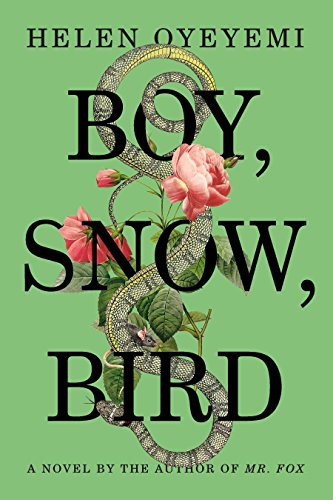 As seen on the cover of the New York Times Book Review, where it was described as “gloriously unsettling... evoking Toni Morrison, Haruki Murakami, Angela Carter, Edgar Allan Poe, Gabriel García Márquez, Chris Abani and even Emily Dickinson,” and already one of the year’s most widely acclaimed novels:

“Helen Oyeyemi has fully transformed from a literary prodigy into a powerful, distinctive storyteller...Transfixing and surprising.”—Entertainment Weekly (Grade: A)

“I don’t care what the magic mirror says; Oyeyemi is the cleverest in the land...daring and unnerving... Under Oyeyemi’s spell, the fairy-tale conceit makes a brilliant setting in which to explore the alchemy of racism, the weird ways in which identity can be transmuted in an instant — from beauty to beast or vice versa.” – Ron Charles, The Washington Post

From the prizewinning author of What Is Not Yours Is Not Yours and 2019's Gingerbread, the brilliant recasting of the Snow White fairy tale as a story of family secrets, race, beauty, and vanity.

In the winter of 1953, Boy Novak arrives by chance in a small town in Massachusetts looking, she believes, for beauty—the opposite of the life she’s left behind in New York. She marries Arturo Whitman, a local widower, and becomes stepmother to his winsome daughter, Snow.

A wicked stepmother is a creature Boy never imagined she’d become, but elements of the familiar tale of aesthetic obsession begin to play themselves out when the birth of Boy’s daughter, Bird, who is dark-skinned, exposes the Whitmans as light-skinned African-Americans passing for white. And even as Boy, Snow, and Bird are divided, their estrangement is complicated by an insistent curiosity about one another. In seeking an understanding that is separate from the image each presents to the world, Boy, Snow, and Bird confront the tyranny of the mirror to ask how much power surfaces really hold.

Dazzlingly inventive and powerfully moving, Boy, Snow, Bird is an astonishing and enchanting novel. With breathtaking feats of imagination, Helen Oyeyemi confirms her place as one of the most original and dynamic literary voices of our time.

Helen Oyeyemi is the author of five novels, most recently White Is for Witching, which won a 2010 Somerset Maugham Award, Mr. Fox, which won a 2012 Hurston/Wright Legacy Award, and Boy, Snow, Bird. In 2013, she was named one of Granta’s Best Young British Novelists. She lives in Prague.