Items related to The Incal 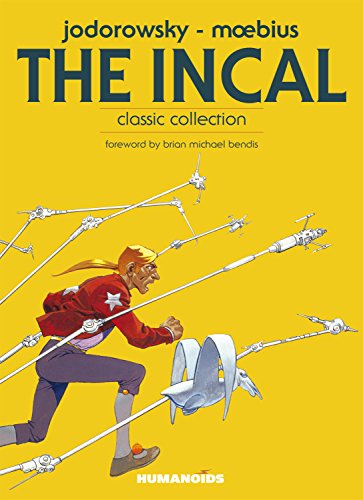 · Core title in the internationally bestselling “Incal” trilogy that includes the prequel, “Before The Incal,” and the stunning conclusion, “Final Incal.” · The series has sold over 3 million copies worldwide. · Featured in the acclaimed documentary “Jodorowsky’s Dune,” one of Entertainment Weekly’s top ten films of 2014. · Includes a foreword by superstar comics writer Brian Michael Bendis (“Avengers”), as well as afterword by cultural historian Pascal Ory.

Book Description Humanoids, Inc. Hardcover. Condition: Very Good. A copy that has been read, but remains in excellent condition. Pages are intact and are not marred by notes or highlighting, but may contain a neat previous owner name. The spine remains undamaged. At ThriftBooks, our motto is: Read More, Spend Less. Seller Inventory # G1594650152I4N00

Book Description Humanoids, Inc., 2011. Hardcover. Condition: GOOD. Has little wear to the cover and pages. Contains some markings such as highlighting and writing. Seller Inventory # 1594650152_abe_gd