Items related to Memories and Portraits 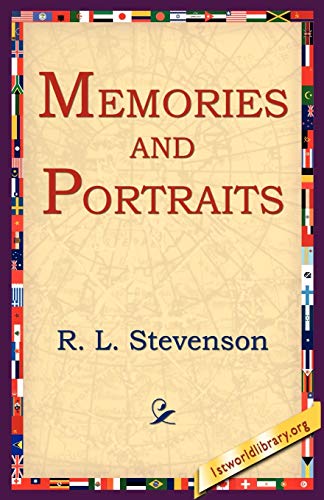 Purchase one of 1st World Library's Classic Books and help support our free internet library of downloadable eBooks. Visit us online at www.1stWorldLibrary.ORG - - THIS volume of papers, unconnected as they are, it will be better to read through from the beginning, rather than dip into at random. A certain thread of meaning binds them. Memories of childhood and youth, portraits of those who have gone before us in the battle - taken together, they build up a face that "I have loved long since and lost awhile," the face of what was once myself. This has come by accident; I had no design at first to be autobiographical; I was but led away by the charm of beloved memories and by regret for the irrevocable dead; and when my own young face (which is a face of the dead also) began to appear in the well as by a kind of magic, I was the first to be surprised at the occurrence. My grandfather the pious child, my father the idle eager sentimental youth, I have thus unconsciously exposed. Of their descendant, the person of to-day, I wish to keep the secret: not because I love him better, but because, with him, I am still in a business partner-ship, and cannot divide interests.

Robert Louis Stevenson was intended by his father to be an engineer, trained as a lawyer, and became a writer of stories of high adventure. They were devalued by the modernists but have come to be taken much more seriously by critics in recent years. Stevenson had poor health his whole life, but he still lived a live of adventure, spending many of his last years at sea in the South Pacific. He died at 44 and was buried on the Samoan island of Upolu.