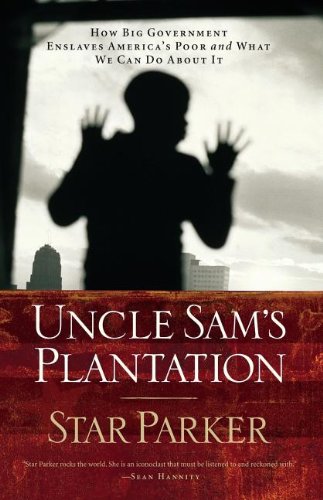 America has two economic systems: capitalism for the rich and socialism for the poor. This double-minded approach seems to keep the poor enslaved to poverty while the rich get richer. Let's face it, despite its $400 billion price tag, welfare isn't working. The solution, asserts Star Parker, is a faith-based, not state-sponsored, plan. In "Uncle Sam's Plantation," she offers five simple yet profound steps that will allow the nation's poor to go from entitlement and slavery to empowerment and freedom. Parker shares her own amazing journey up from the lower rungs of the economic system and addresses the importance of extending the free market system to this neglected group of people. Emphasizing personal initiative, faith, and responsibility, she walks readers toward releasing the hold poverty has over their lives.

Star Parker is president and founder of the Coalition on Urban Renewal and Education (CURE), a nonprofit center that addresses the impact of social politics on America's inner cities and the poor. Prior to her social activism, Parker was a single welfare mother. After turning to Christ, she returned to college, earning her B.S. degree, and then launched an urban Christian magazine. Now, she is a frequent lecturer at colleges and churches, a social policy consultant and media commentator, and a regular guest on national television and radio programs across the country, including Larry King Live, 20/20, and The Oprah Winfrey Show. Parker is also a syndicated columnist with the Scripps Howard News Service.