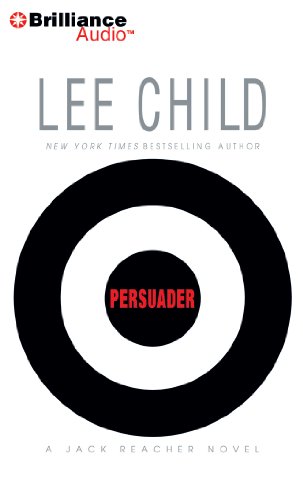 An elite ex-military cop who left the service years ago, he’s moved from place to place...without family...without possessions...without commitments.

And without fear. Which is good, because trouble―big, violent, complicated trouble―finds Reacher wherever he goes. And when trouble finds him, Reacher does not quit, not once...not ever.

Jack Reacher, the taciturn ex-MP whose adventures in Lee Child's six previous solidly plotted, expertly paced thrillers have won a devoted fan base, returns in this explosive tale of an undercover operation set up by the FBI to rescue an agent investigating Zachary Beck, a reclusive tycoon believed to be a kingpin in the drug trade. The novel begins with a bang as Reacher rescues Beck's son from a staged kidnapping in order to get close to his father--and trace the connection between Beck and Quinn, a former army intelligence officer who tried to sell blueprints of a secret weapon to Iraq but was murdered before he could pull it off. Or so Reacher thinks, until he spots Quinn in the crowd at a concert in Boston. As usual, Child ratchets up the tension and keeps the reader in suspense until the last page, although his enigmatic hero hardly ever seems to break a sweat. In the tough guy tradition, Reacher and his creator are overdue for a breakout, and this muscular, well-written mystery might be the one. --Jane Adams

The novels of Lee Child are:

“What a page-turner should be.”
--Michael Connelly

“The best-written, best-plotted, best in just about every way...”
--The Boston Globe