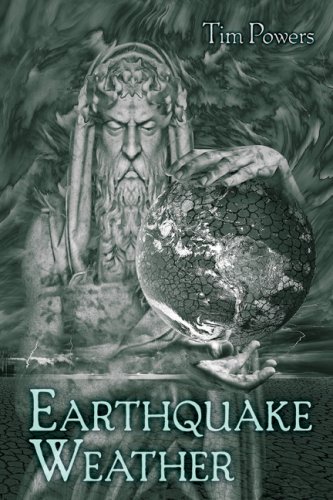 Janis Cordelia Plumtree has killed the King of the West--or at least one of the personalities in her head has killed him, and the other personalities are resolved to restore the king to life. But first Plumtree must escape from a mental hospital with ally Sid Cochran, a winemaker who believes that his wife was killed by Dionysus, the Greek god of madness and wine.

Their quest for redemption and vengeance leads them to San Francisco, where they find themselves in the midst of a supernatural battle among several magicians-who-would-be-king, and finally to a tumultuous face-to-face confrontation with the god on the cliffs below the Golden Gate Bridge.

The Fisher King of the American West, Scott Crane, has been killed, and 14-year-old Koot Hoomie Parganas's perpetually bleeding wound makes him the most likely candidate for a supernatural successor. But the king's body has not yet begun to decay, and as long as there is a chance that he can be restored to the throne, his right-hand man, Archimedes Mavranos, is willing to risk all to revive Crane. But to do that he'll need the help of the woman who killed Crane, plus that of a recently widowed winemaker who has been touched by the god Dionysus, and the cooperation of Parganas's reluctant foster parents. Chances are they'll all die in the process, but unless Crane can be revived they'll probably all die anyway.