Items related to Fields of Honor: The Pat Tillman Story 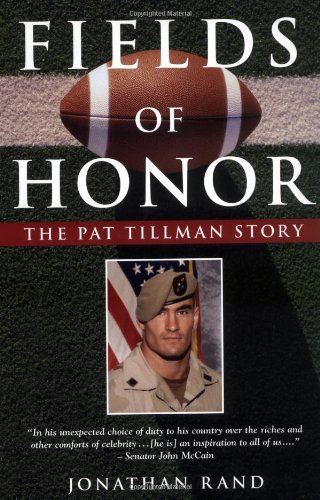 Recounts the life and accomplishments of Pat Tillman, who left professional football to join the Army in response to the September 11, 2001, attacks and was killed in a combat situation in Afghanistan on April 22, 2004.

Jonathan Rand is an award-winning sports journalist. He was a Semifinalist for the Associated Press Sports Editors Award for column writing, a recipient of the Missouri Press Association's first and second place awards for sports columns, and has been recognized by the Pro Football Writers Association.

A columnist and reporter at the Kansas City Star, Rand wrote a daily sports column for 15 years and covered virtually every major college, professional and Olympic sport. As a beat reporter, he covered the Kansas City Chiefs, the NFL at large and Kansas State athletics. After leaving Kansas, Rand moved on to Miami, where he worked as a columnist and reporter at both the Miami News and Miami Herald. He covered the South Florida professional and college sports scenes and wrote a media column at the News and a golf column at the Herald. As a beat reporter, he also covered University of Miami athletics and the Miami Dolphins on a backup basis. He received his M.A. in Journalism and completed his Masters thesis at the University of Missouri, and is the author of The Gridiron's Greatest Linebackers.

3. FIELDS OF HONOR: THE PAT TILLMAN