Items related to Once in a Lifetime

Gael, Chevon Once in a Lifetime

Once in a Lifetime 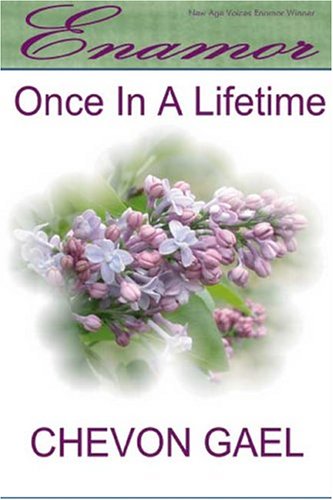 Tara Morgan is a mother who will do anything to ensure her children’s safety, including breaking the law if necessary. Brett Sinclair, 18 year RCMP veteran is bound by his duty to uphold the law. Stopping Tara Morgan has just been included in his job description.

Brett is a 38 year old cop’s cop, his scarlet tunic isn’t just a uniform, it symbolizes Mounties, the oath he took and the law he enforces. When he stops Tara for a minor traffic violation, he is attracted to the shapely red-head with the luminous blue eyes. But his police senses pick up on more than her perfume. He’s sure she’s hiding something under the short shorts and sheer tee-shirt. A trained observer, Brett discovers that some things demand more attention than others. A search of her battered station wagon yields only a collection of risqué underwear and some of Tara’s modeling photos which reveal more than her talent for fashion. A search of her background flags an arrest for a stolen car. Her purse reveals a birth certificate, which doesn’t match her driver’s license, but no money or passport.

Knowing she is in the country illegally, he can take her to jail and wait for immigration to escort her to the border. Instead, he arrests her for vagrancy. Tara pleads for leniency, assuring him that her sister will vouch for her. But it’s the middle of the night so he does what any red-blooded, single, Mountie would do with a lingerie model - he takes her home.

Chevon Gael has lived all her life in Canada. Her spouse of several years is a member of the Royal Canadian Mounted Police. They share a love of the Atlantic Provinces, traveling to warm, sunny islands in the Caribbean and the idiosyncrasies of a black cat named "Buddy." When not writing, Chevon can be found in her garden in the summer and on the ski slopes in the winter.