Items related to San Francisco: Arts for the City: Civic Art and Urban... 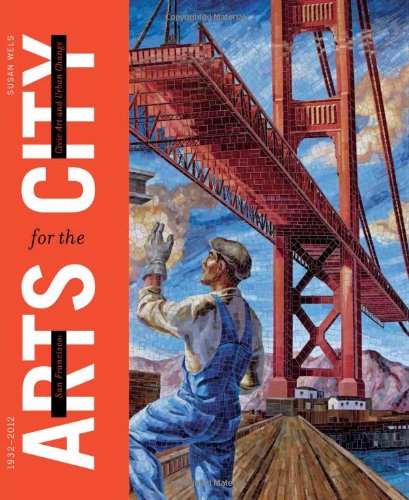 In 1934, San Francisco's Coit Tower was finally complete and open to the public. Seeing that iconic spire, you'd never guess the years of debate and artistic passion that went into its creation: how many people petitioned against its construction, how controversial the WPA murals were, how deeply loved it became. Coit Tower was one of the San Francisco Arts Commission's first projects, and it set the tone for the next eighty years of public art in a city full of world-class sculptures, music venues, and community arts programs. From the Ethnic Dance Festival to slam poetry performances at the Mission Cultural Center for Latino Arts, Arts for the City tells the story of an urban landscape where diversity, creative energy, and political activism are reflected in civic art that is bold and innovative and where citizens take pride in vigorous, often contentious, creativity. Illustrated with images by distinguished contemporary photographers and artwork from the city's Civic Art Collection of over four thousand pieces, it is a celebration of a uniquely fascinating American city and a journey through the events that have shaped San Francisco's rebellious and vibrant cultural reputation.

From the Author:
"The volume is well researched and abundantly illustrated and will delight and intrigue those lucky enough to live in San Francisco, those who just visit and leave their heart, and anyone involved with cities and public art"--BookNews
About the Author:
Susan Wels has written seventeen books, including The New York Times best-selling Titanic: Legacy of the World's Greatest Ocean Liner, California Academy of Sciences: Architecture in Harmony with Nature, and Amelia Earhart: The Thrill of It. She is an author who specializes in history and an award-winning editor. She lives in San Francisco.